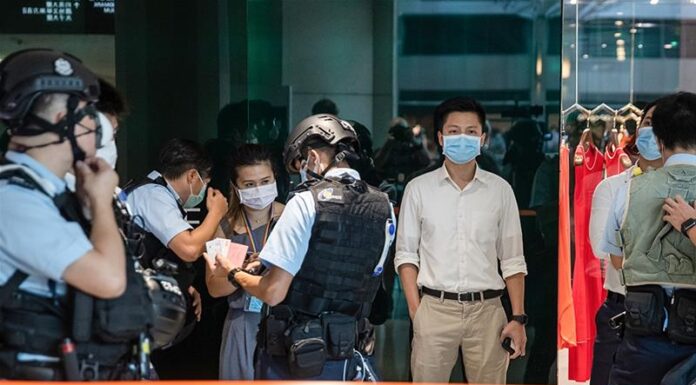 China’s President Xi Jinping has signed into law a controversial national security legislation for Hong Kong that Beijing says is necessary to deal with separatism and foreign interference but critics say will outlaw dissent and destroy the autonomy promised when the territory was returned to China in 1997.

Details of the law – which comes in response to last year’s often-violent pro-democracy protests in the city – are due out later on Tuesday.

The legislation will come into effect when it is gazetted in Hong Kong – bypassing the semi-autonomous territory’s own legislature – and is expected to be in force by July 1, the anniversary of the former British territory’s return to Chinese rule.

“We hope the law will serve as a deterrent to prevent people from stirring up trouble,” said Tam Yiu-Chung, Hong Kong’s sole representative on the Standing Committee of the National People’s Congress, which approved the law on Tuesday morning.

“Don’t let Hong Kong be used as a tool to split the country,” he said.

Al Jazeera’s Katrina Yu, reporting from Beijing, noted the passage of the law had been fast-tracked.

“It’s very symbolic that this law has been passed just a day before the anniversary of Hong Kong’s handover from Britain back to mainland China,” she said. “It seems to be Beijing telling the people that at the end of the day it is China that is in charge in Hong Kong and China’s leaders will do whatever they deem necessary to protect Hong Kong.”

Hong Kong leader Carrie Lam, speaking via video link to the United Nations Human Rights Council in Geneva, said the law would fill a “gaping hole” and would not undermine the territory’s autonomy or its independent judiciary.

Lam said Hong Kong had been “traumatised by escalating violence fanned by external forces” and added: “No central government could turn a blind eye to such threats to sovereignty and national security.”