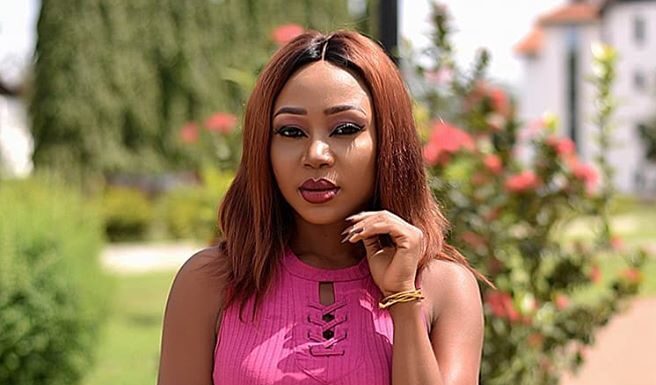 The socialite had come under severe criticism earlier with an infamous post that featured her nude self together with her 7-year-old son in a picture.

The act which was presumed to be a publicity stunt  and a creative expression earned jeers and boos from netizens and tweeps. Things turned from bad to worse, when the Child Rights International filed a complaint, addressing the stunt as abuse to his son, and called for legal actions against her.

The wheel of judgment grrounded and eventually caught up with her as she was summoned to court against three charges of obscenity and domestic violence offences, all to which she pleaded guilty. She was given a 90-day prison sentence which prompted a mixed reaction from celebrities and Ghanaians in general.

Fast forward, the wheel of fortune fell in her favor, as her lawyer, Andrews Kudzo Vortia succeeded in an appeal for bail on April 19, 2021. She has been issued a bail of GHC80,000 as well as make a two week appearance in the court.

The actress is to additionally submit her passport as part of the bail requirements within the period. Her lawyer who had earlier on described her previous sentence as “harsh” would definitely be on the happier end now as well Akuapem Poloo herself.