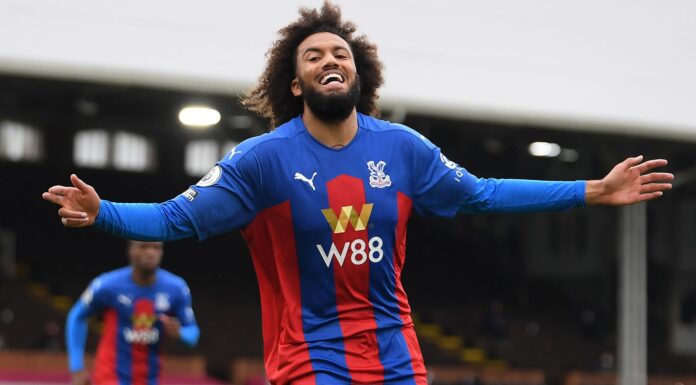 Jairo Riedewald has signed a three-year contract extension with Crystal Palace, keeping him at Selhurst Park until 2024.

The 24-year-old Netherlands midfielder has made 57 appearances for Palace since joining from Ajax in 2017.

“I’m pleased to get it done, especially in such a time with everything going on in football, the world, the pandemic,” Riedewald said.

“I’m happy I can sign the contract and that the club has such trust in me for the future.”

Palace chairman Steve Parish said: “Jairo is one of the most popular players at this club and I’m delighted we are able to announce his new contract on the back of his excellent away performance at Newcastle.

“Under the careful coaching of (manager) Roy (Hodgson) and his team, Jairo has developed immensely in his time with us, adapting to the physical nature of the Premier League and adding to his undoubted technical ability.

“I am delighted he has committed the next three years to the club and look forward to watching him continue playing for Crystal Palace.”

Riedewald has made 18 Premier League appearances this season, seven of them starts, and scored his second goal of the campaign in Tuesday’s 2-1 win at Newcastle.

MORE:  Dec. 7: Can the Beacon of Africa’s Democracy Shine for the Eighth Time?
Submit

MORE:  I Went to Kumasi to Rest Not to Announce Presidential Bid - Dr. Afriyie Akoto