How Ghana became the hottest destination for African-American travelers 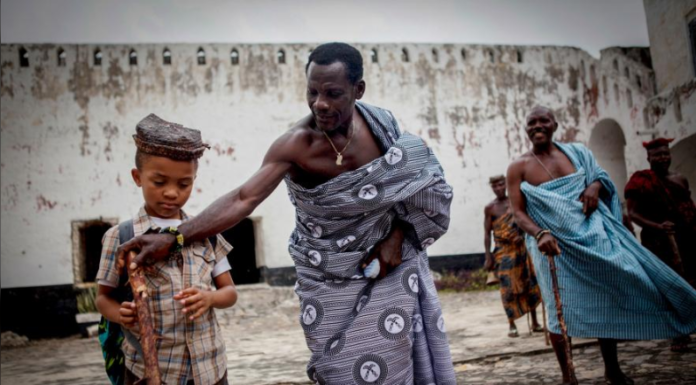 Last summer in Ghana, Tiffany Heard followed her guide to his hometown of Kumasi. There, in a courtyard in the country’s second largest city, as locals chanted and sang, the 34-year-old travel planner from California waited for her new name.

The ceremony was simple but significant. Names connect Africans with place and family; the absence of a name represents the absence of a history. When names were taken from slaves, individuals were severed from their ancestry. So for a black American to be named in Ghana was to be reattached to a community.

In front of the Kumasi queen mother, a chief, the elders, and a host of locals, Heard was introduced to her African name: Akua (“Wednesday,” the day of her birth) Konadu (the name of the local family chosen for her to join). The five others in her group each received their own new name.

“It was definitely a special moment for everybody,” says Heard. “To feel like I’ve reconnected, I’ve come back home.”

What is the Year of Return?

That reconnection was what Ghana’s president, Nana Akufo-Addo, had in mind when he announced that 2019 would be a “Year of Return.” The tourism initiative invited black people from across the diaspora to return to the African continent in 2019 to mark the 400 years since slave ships leaving West African coasts had carried their ancestors to the Americas.

Many of those ships would have left from what is now Ghana. The region was at the center of the slave trade; Portuguese-built castles along the coast imprisoned captured Africans before sending them shackled and bare across the Atlantic.

For black Americans, a return to Ghana is a trip back to where the atrocities of African-American slave history began.

Yes, you could visit a Cape Coast slave castle (there are more than two dozen of them), but you could also seek connections through a pan-African cultural festival, dance alongside reggae artists, or hear the work of contemporary local poets.

The celebrities went first: Idris Elba, Naomi Campbell, Boris Kodjoe, and others all spoke to American media about the transformative experience of visiting the country. Soon, social media feeds were filling with images of everyday Americans in traditional Ashanti prints and modern headwraps. An end-of-the-year concert billed as Afrochella drew even more attention.

The results of the tourism campaign have been impressive. Its projected goal of attracting 500,000 foreign visitors was met, and doubled, by the year’s end. Among those visitors was T. Michelle Curry, a Detroit native whose company, “The Travel Africa Movement,” began planning trips specifically for black Americans two years ago. Last year she led her first group trip to Ghana.

“I’ve seen so much beauty across the continent,” Curry says. “People have been so warm and welcoming, it’s just amazing.”

Beyond the Year of Return

International arrivals to Ghana increased 18 percent last year, according to Barbara Oteng-Gyasi, minister for tourism, arts, and culture. In 2019, Ghana saw nearly $1.87 billion in tourist revenue. Travel to Ghana specifically by U.S. citizens increased by 26 percent from January 2019 to September 2019, according to Ghana Immigration Services.

The goal now is to build on that momentum. Oteng-Gyasi said that the tourism ministry intends to implement a campaign-oriented project, “Beyond the Year of Return—A Birthright,” over a 10-year period, with the aim of bringing in an estimated 4.3 million international travelers and approximately $8.3 billion from the tourism sector per year by 2027.

The Ghana Tourism Association says another goal is to encourage investment (Marriott Hotels International is among the chains planning new hotels in the country) and even citizenship to help improve the heritage infrastructure of the country. A new program that waives some visa requirements will help.

A $247-million airport terminal—capable of handling five million travelers a year, with an expansion potential of up to 6.5 million—has already opened in September 2018. This upgrade is part of the government’s plan to build an airport in each of the country’s 10 regions.

And there’s more. Plans are underway to develop attractions meant to expand tourism options beyond the main centers and throughout the country.

While no other African countries immediately jumped on Ghana’s Year of the Return successes, the region seems to have taken note. Benin, for one, announced a “Gate of Return Marathon and Festival” in partnership with actor Djimon Hounsou for the end of 2020.

My Boss, H.E. John Dramani Mahama, Leader of the NDC and soon to be reinstated as President of the Republic,
MORE:  COVID-19: Ghana's Case Count now 8,070 with 2,947 Recoveries
Thank you for your kind...
Read more