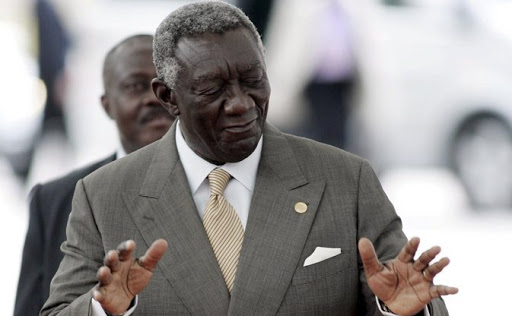 John Agyekum Kufuor says he would have been a fool if he had not appointed some family members whom he can trust in his government.

Speaking to Kwaku Sakyi-Addo on Asaase Radio on Sunday, the former president stated that his brother-in-law who was his Senior Minister in his government had been in Kwame Nkrumah’s government and had worked in the United Nations so bringing him on board showed that he was highly qualified.

“In my case, I had a brother-in-law, the late Joseph Henry Mensah, who would help. From Kwame Nkrumah’s time, he [JH Mensah] laid Nkrumah’s seven-year development plan, a very accomplished economist, had worked with the United Nations, a real master of economic management, I married his sister, you think I would be the biggest fool, not to count myself lucky having this guy and say please stay in this thing and let’s think out solutions,” he narrated.

To JA Kufuor, trust in his ministers was very important to him because the buck will stop with you as the president.

He explained that, whenever he was entrusting these sensitive positions, “competence and loyalty, you don’t joke with it”.

He indicated that DK Osei was a consummate diplomat who served two different administrations before him and DK Osei fitted the Executive Secretary position he held under his administration.

“It wasn’t nepotism, favouritism for my family. I was using the competency for my efficiency. The efficiency of the government needs very competent and reliable staffers,” Kufuor justified.

He explained that he reshuffled his ministers often when some of his ministers overstepped their boundaries and he felt that it was problematic then he either called on the minister to resign or he moved the said minister to a different ministry.

“I have a feeling that the slip will lead us into a crush, I’ll pull you up and shift you or when one or two instances I say please give me your resignation, it’s not personal, I just tell you to take a seat aside,” Kufuor noted.