“If You Don’t Have Facts to Back Your Case, Do Not Go to Court 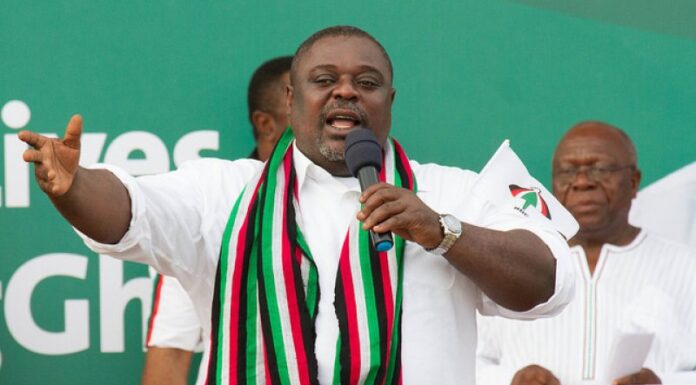 Chief Executive Officer of the Atta Mills Institute, Samuel Koku Anyidoho, has subtly jabbed his own party, The National Democratic Congress (NDC) and used it as an opportunity to advised people to assess the evidence supporting their case before seeking redress at the

In a tweet, the man who has become a thorn in the flesh of he NDC asserted that before one goes to court, he or she must ensure that there are facts to back their claims.

Although the tweet by the former Deputy General Secretary of the National Democratic Congress did not explicitly mention the 2020 election petition being heard by the Supreme Court, several Twitter users have read through the controversial man’s tweet.

John Mahama of the NDC refused to accept the ‘flawed’ result of the 2020 elections and has gone to the apex court to seek ‘justice’.

On Monday, February 1, 2021, one of Mahama’s two witnesses underwent a grueling cross-examination exercise.

Asiedu Nketia, who is the General Secretary of the NDC faced off with Akoto Ampaw who is the lead counsel for Nana Addo Dankwa Akufo-Addo, the second respondent.

Asiedu Nketia among other things stated that the party and its flagbearer deem the results announced by Jean Mensa, the Returning Officer of the Presidential elections as misrepresentation of the ballots cast by Ghanaians on December 7, 2020.

MORE:  We Will Not Joke With Ashanti Region When it Comes to Road Construction - Amoako Atta

“My lord we are not interested in winning or losing a flawed election, we want to be winners of an election that is credible,” he told the court.

MORE:  We Will Not Joke With Ashanti Region When it Comes to Road Construction - Amoako Atta

Asiedu Nketia also rejected a supposition by Akoto Ampaw that he implicitly declared John Dramani Mahama as the winner of the election.

“I stand by every word, punctuation, and sentence that relates to me, Aseidu Nketia. There is nowhere I indicated definitively that the petitioner has won the election.”

“What I said was that we have won the majority of seats in parliament and that we are cruising for victory and that is precisely what has shown out in all the various speeches”, he stated after videos of statements by some NDC bigwigs and himself were played at the court.

In the witness box, today will be Dr Kpessa Whyte who is the other witness.