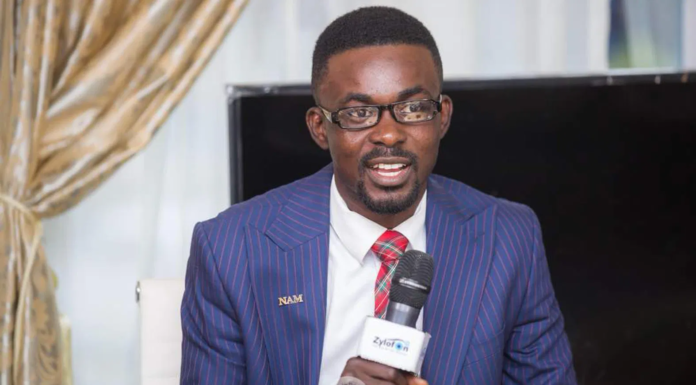 Chief Executive Officer of defunct Menzgold, Nana Appiah Mensah popularly known as NAM1, has announced in a letter dated today June 14, 2020, that he has started making payments to the numerous customers whose investments are held up in his gold dealership and investment company.

This news comes after he was spotted days ago signing a new artiste to the company’s subsidiary, Zylofon Music.

The company had early on invited customers to visit their respective outlets to validate their documents last year for their locked up funds.

“As of now, we hold documentary evidence, clearly showing that we have paid over ninety billion (96billion) Ghana cedis (GHC9.6M) even in our state dormancy and continue to humbly make payment every now and then,” Part of the letter read. “We’re capable, committed and shall continue to appreciate the paid up figure to conservatively minimum amount of 600 hundred billion old Ghana Cedis (GHC60M) before the end of calendar month of December, 2020 as we commence productivity now.”

He also pleaded with the customers to exercise some patience as he is sure of defraying rest of the locked up funds before the end of the month of December, 2020.

About GH¢200 million of depositors cash is believed to be held up at the collapsed gold dealership firm Menzgold.

Menzgold folded up last year after the Securities and Exchange Commission (SEC) ordered it to suspend its operation with the public. Several efforts by the customers targeted at the company to get their monies have failed to yield any positive results.

According to the Commission, Menzgold did not have the license to trade in gold collectibles and that doing so was in contravention of the Securities Industry Act, 2016 (Act 929).

MORE:  Free electricity, water initiative to be extended for another three months
- Advertisement -

MORE:  Prince Philip to be Laid to Rest in Low-key Ceremony