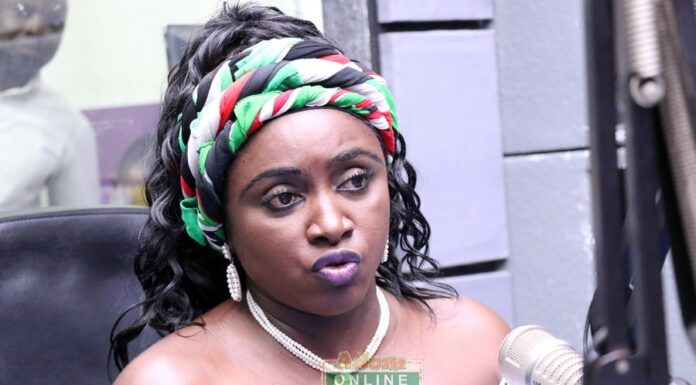 National Women’s Organiser of the National Democratic Congress NDC), Dr Hanna Bisiw, has made a shocking revelation about how she financed her campaign activities in the run up to the 2020 elections.

Speaking to Oheneba Boamah Bennie on Battle Grounds on Power FM, the former deputy Agric Minister stated her party could not finance all her campaign activities.

The women’s leader has come under criticisms by some members of the NDC who believe Dr Bisiw neglected her job and rather focused on her Parliamentary ambition in the Tano South Constituency in the Ahafo Region.

But Dr Bisiw has denied the allegations, explaining, “I did my best to mobilize women to believe in the cause of the NDC. I went round the country training my women organizers for our cause.”

She said instead of being demoralized by the lack of funds, Dr Bisiw indicated she had to use her own resources to work for the party even during the lockdown period last year when she went round the Greater Accra and Kumasi areas to distribute food and other items to the vulnerable on behalf of the NDC.

“During the lockdown, we went round distributing good on behalf of our flagbearer John Mahama. I did all these for the love of the party.”

Asked whether the party supported her activities with funds, she said “I was only given GH¢ 4,000 and 30 t-shirts to support my campaign.”

Although she always sent her budget to the national treasurer of the party, that was all the NDC could offer her.

“I never went to anyone’s filling station to get fuel on credit. I was running round the country propagating the NDC message and training my people,” she added.

“Even the training that I did for all regional women organizers in Tamale was capital intensive. I spent over GH¢100,000,” she disclosed.

To the former minister, she dedicated herself to the cause if the NDC and did it with all her might hence it would be unfair for some persons to blame her for contributing to the loss of NDC in the December elections.