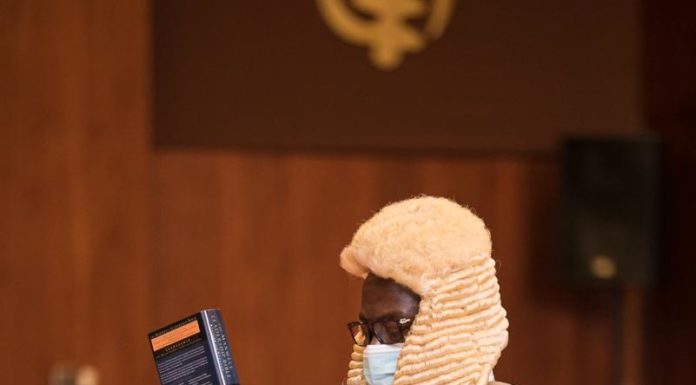 The President of the Republic of Ghana, Nana Addo Dankwa Akufo-Addo, on Tuesday, May 26, 2020, swore into office Justice Professor Henrietta Mensa-Bonsu and Justice Emmanuel Yonny Kulendi as Justices of the Supreme Court.

Outlining the credentials of Justice Professor Henrietta Mensa-Bonsu, whom he swore first, President Akufo-Addo described her as having stellar career in the worlds of academia and scholarship, female activism, international relations, public service and religious engagement.

“I am happy to be the President who swore her into office as a Justice of the Supreme Court. The appointment, I have no doubt, will help strengthen the development of the Court’s jurisprudence and case law,” the President said. 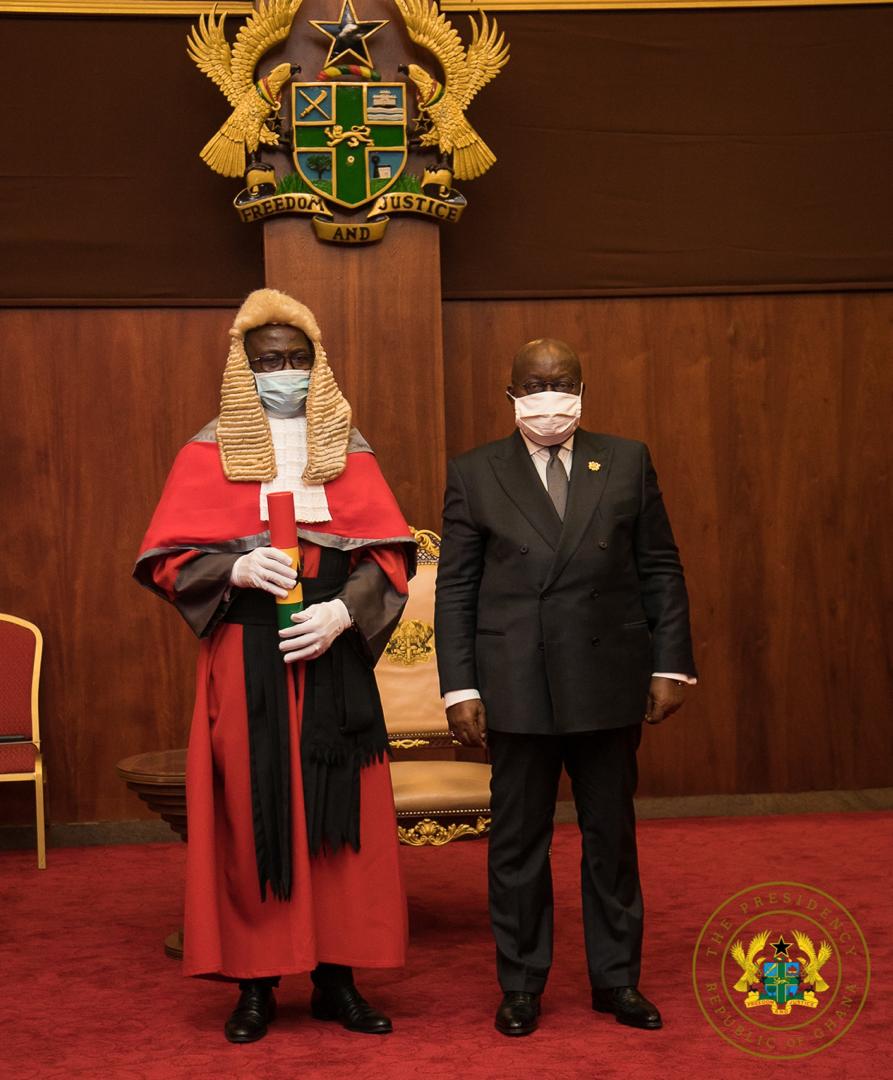 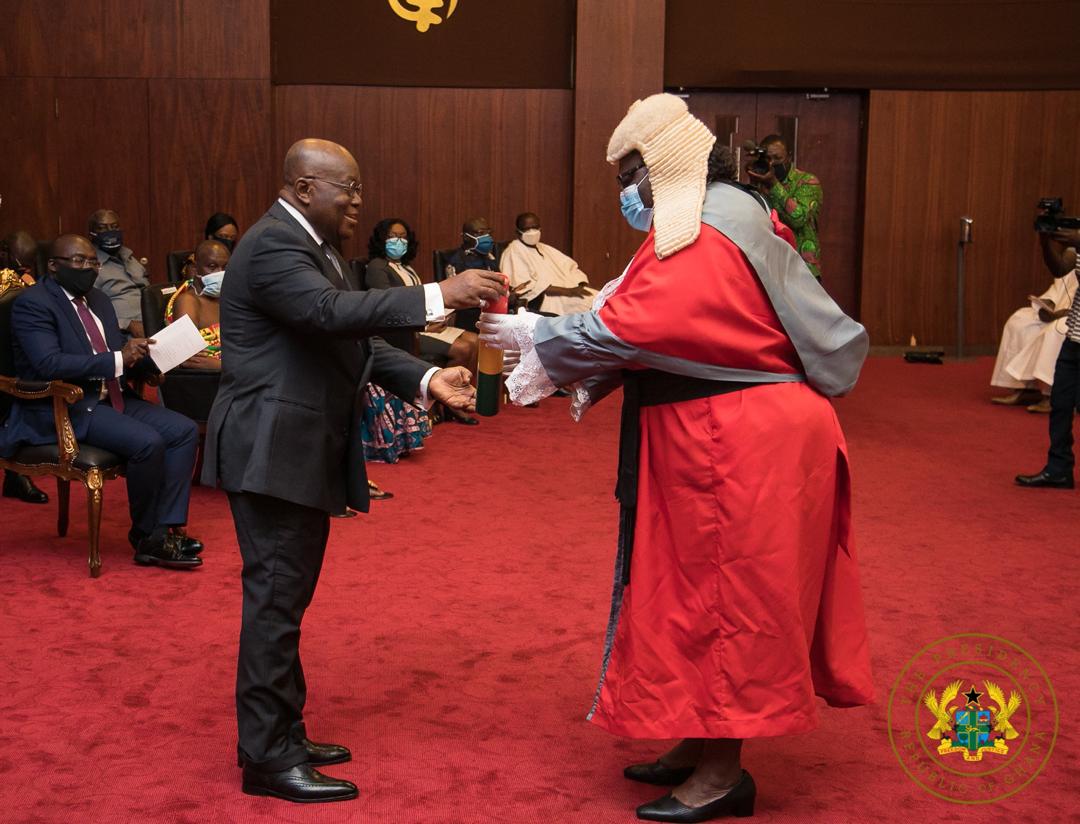 With Justice Professor Mensa-Bonsu, being the 5th female member of the Court, the President stated that she has “met the stringent requirements of Article 128 clause (4) of the Constitution, and have exhibited the independence of spirit, proven integrity, high moral character, and impartiality of mind to hold this high office.”

At the swearing in of Justice Emmanuel Yonny Kulendi, he stated that the independence is buttressed by the constitutional jurisdiction it exercises in the interpretation and enforcement of the Constitution.

Citing the illuminating dicta of Sowah JSC, in the locus classicus of constitutional interpretation, Tuffuor vs the Attorney General, who “the Constitution has its spirit… Its language, therefore, must be considered as if it were a living organism capable of growth and development. A broad and liberal spirit is required for its interpretation,” President Akufo-Addo stated that “ “the broad and liberal spirit” that has become hallowed by Tuffuor vs the Attorney General should inform the different perspectives that appointments to the Court should reflect.

That is why, as Attorney General, from 2001 to 2003, in the Government of the 2nd President of the 4th Republic, His Excellency John Agyekum Kufuor, President Akufo-Addo proposed for nomination for appointment onto the Court, distinguished academic jurists of varying viewpoints, such as Professor Samuel Kofi Date-Bah, the late Professor Tawia Modibo Ocran, and the late Professor A.K.P Kludze, three persons who were not in the mainstream, but whose works turned out to have such significant impact on the growth of the Court’s constitutional jurisprudence. 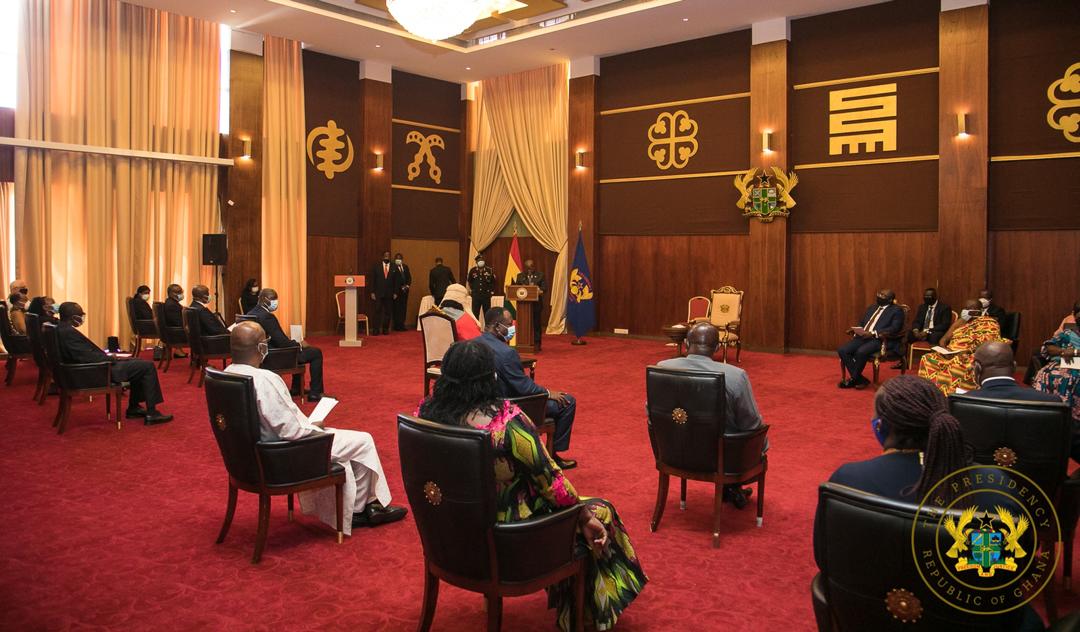 “As President, I have continued in this tradition, by appointing, inter alios, the immediate past President of the Ghana Bar Association, Justice Nene Amegatcher, and the former Dean of the Faculty of Law, University of Ghana, Justice Professor Emmanuel Nii Ashie Kotey, again persons who were not in the mainstream, as members of the Supreme Court,” said President Akufo-Addo.

“Indeed, earlier today, I have appointed another distinguished, academic lawyer, with an outstanding reputation in criminal law, Justice Professor Henrietta Mensa-Bonsu, onto the Court. A blend of such persons with others on the Court will enrich the evolution of our country’s jurisprudence,” the President continued.

This, he said, is one of the strongest reasons for the appointment of Mr Emmanuel Yonny Kulendi, a highly-regarded, accomplished barrister, who forms part of the small group of persons appointed onto the Court directly from the Bar, including Justice Nene Amegatcher and the late Edward Akufo-Addo.

Congratulating Justice Emmanuel Yonny Kulendi on his appointment to the Supreme Court, the President said the appointment is a particularly poignant experience for him.

“I was your pupil master in your early days at the Bar, and you cut your teeth in legal practice in my Chambers, Akufo-Addo, Prempeh & Co., before branching out to establish your own successful practice, [email protected], which has become a respected voice in the legal fraternity of our country. Your elevation, understandably, fills me with considerable pride,” he added. 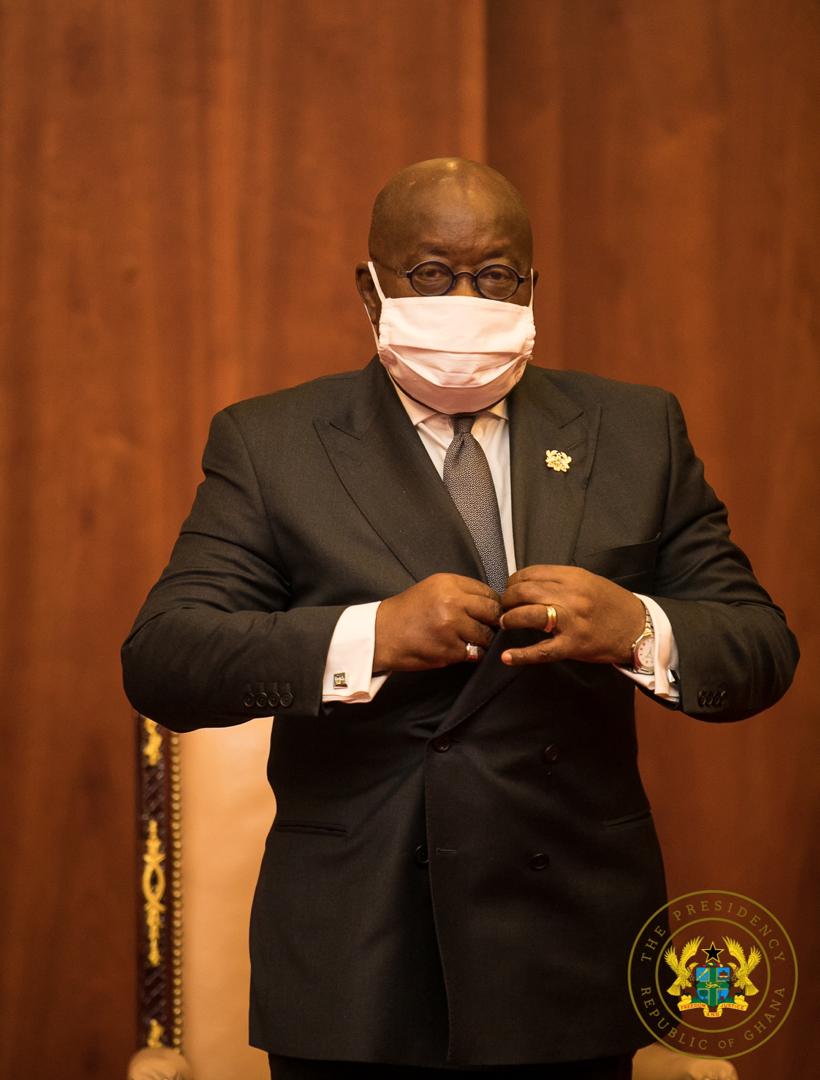