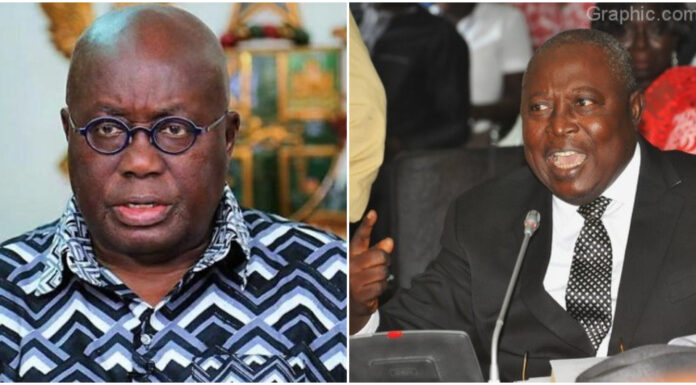 President Nana Addo Dankwa Akufo-Addo has formally responded to the  allegations leveled against him by the special prosecutor, Martin Amidu, who resigned his position on November 16 as the first Special Prosecutor.

However, Mr Amidu had in a four-paged letter on Monday, November 16, communicated his resignation, citing among others the interference in the independence of his office by the president and lack of logistics.

However, Nana Akufo-Addo through his secretary, Nana Bediatuo Asante, in a 40-point response circulated Tuesday night November 17, 2020, denied all the allegations.

“Your accusation of interference with your functions simply on account of the meeting the President held with you is perplexing,” a part of the statement read.