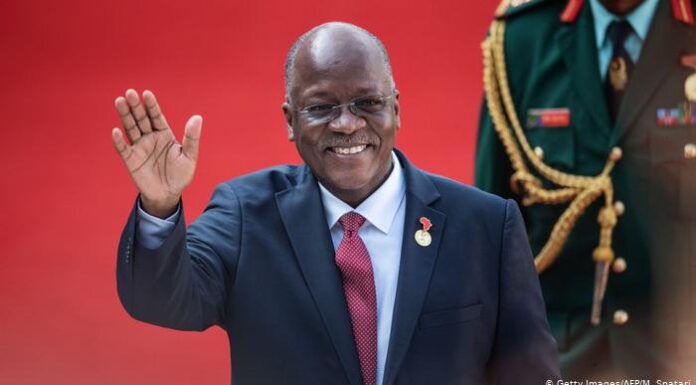 Tanzanian President, John Pombe Magufuli, has passed on at the age of 61.

President Magufuli’s death was announced by Tanzania’s Vice President, Samia Suluhu, who said that Magufuli died of heart complications on Wednesday, at around 6PM.

“Our beloved president passed on at 6 p.m. this evening,” said Suluhu. “All flags will be flown at half-mast for 14 days. It is sad news. The president has had this illness for the past 10 years,” the vice president said.

Days ago, a Tanzanian opposition leader had alleged that the president had been flown to India to receive treatment. Speculations had been rife about his possible infection with the coronavirus. He had not been seen in public since the end of February.

Following the announcement of his death, the opposition leader, Zitto Kabwe, said he’d spoken with the vice president to offer his condolences.

“The nation will remember him for his contribution to the development of our country,” he tweeted.