The Vice President, Dr. Mahamudu Bawumia has said that the successful launch of the Ghana.Gov digital platform, is a culmination of strategic steps to digitize government sectors over the past four years.

The Ghana.GOV platform, which is available to all citizens, residents and non residents, is the payments and revenue collection platform that provides a single point of access to all services of ministries, departments and agencies of government.

Speaking at the launch of the digital platform in Accra on Wednesday, Dr. Bawumia said, while there had been an attempt by the previous government at a similar exercise, albeit not successful, the Akufo-Addo government knew exactly what it wanted to achieve with Ghana.Gov, so it set out, right from the onset of the administration in 2017, to set up strong pillars which would allow the implementation of an effective and efficient Ghana.Gov.

“While Ghana.GOV is not a government’s first attempt at digitizing the provision and delivery of all government services on a single platform (the previous government attempted to do so), the approach this time is novel,” Dr. Bawumia explained.

“We knew from the beginning that certain key pillars have to be in place before a single platform for the effective delivery of government services can be implemented.” 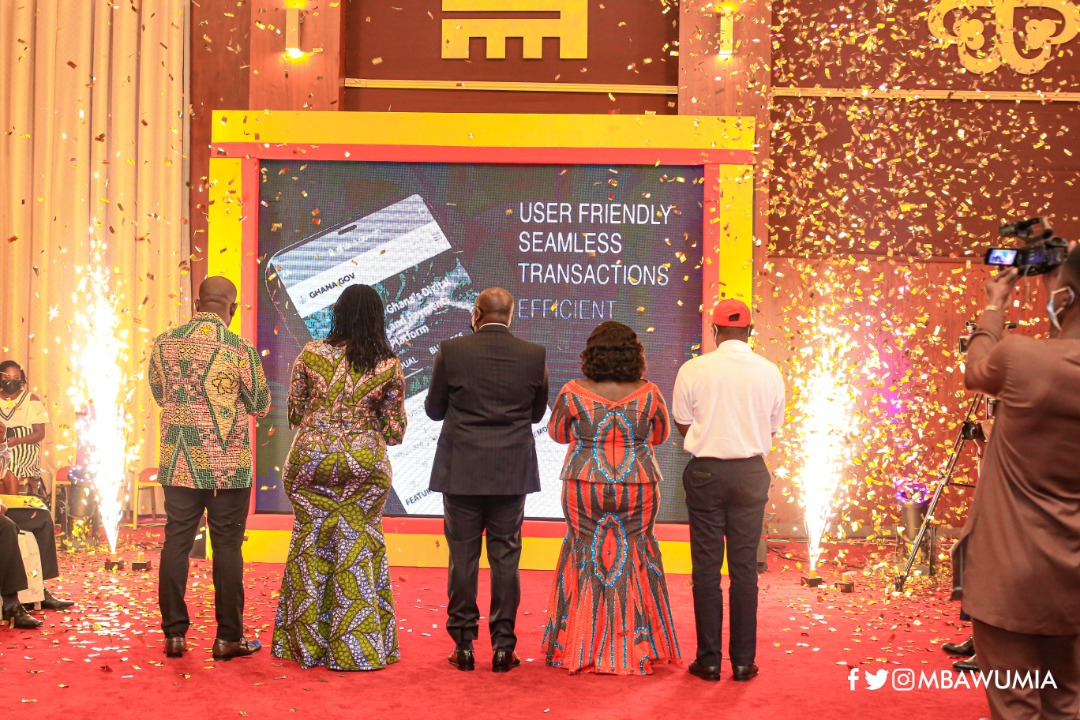 These pillars, which the Vice President stressed the government has evidently established, include providing a unique national identity card for citizens and residents, a digital residential and business addresses, financial inclusion for citizens and residents through mobile money interoperability, the expansion of TIN numbers of tax payers, as well as the digitization of government operations such as the paperless port, passport office, DVLA, NHIA, Registrar General, etc.

“It is only after putting all these key elements in place that we have built this Ghana.Gov platform,” Dr. Bawumia stressed.

The Vice President expressed delight at the successful creation of the Ghana.Gov, saying its operationalisation would be of immense benefits to both citizens and the government.

“Ghana.Gov is a one-stop shop to enable citizens easily access government services, simplify payments for public services, ensure prompt payments for the services and promote transparency and visibility of internally generated funds. It is a real weapon in the fight against demons and principalities in the public sector,” Dr. Bawumia said.

The Vice President also expressed delight that such a remarkable platform was powered by a local consortium (Hubtel, Expresspay and IT Consortium).

“I am excited that we did not have to go beyond our shores to develop and manage a platform like this. Indeed, the spirit of collaboration and innovation exhibited by the local technology companies (Hubtel, Expresspay and IT Consortium) who are powering this payments platform is most admirable.”

The Vice President also commended other stakeholders, including the Ministries of Finance, Communication and Digitalization, the Bank of Ghana, GHIPSS, etc. who worked tirelessly to make the platform a reality